Perhaps I am compensating for all the blog posts that I didn’t write last year, but Reflecting back, 2013 was the time that I invested a lot of my resources in learning more about entrepreneurship and nurturing my network of friends and colleagues. It was also the year that I went through some very exciting and difficult times.

Participating in the WebFWD Accelerator Program

It was last year that I finally got to visit Silicon Valley for the first time, pitch my startup to a few investors, and experience the thrill of it. I had the opportunity of experiencing the startup scene in the capital of technological innovation. 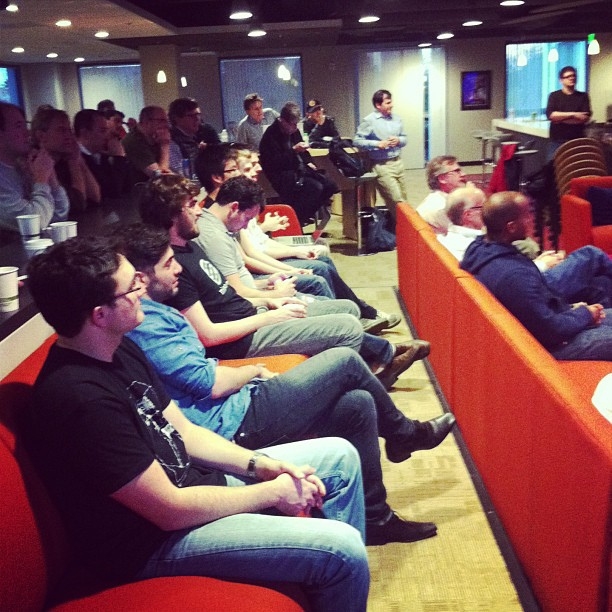 At the beginning last year, we decided to enrol Anahita in the Mozilla WebFWD accelerator program. We were one of the 8 teams that got accepted out of all the applicants and graduated 4 months later. Think of WebFWD as a compact business course for startups. During that time we travelled to San Francisco 4 times. On our final day we pitched Anahita to different crowds of people as well as a few really awesome VCs and Angel investors such as Naval Ravikant (founder of AngleList). We even got mentioned on VentureBeat.

Graduating from the Mozilla WebFWD Program 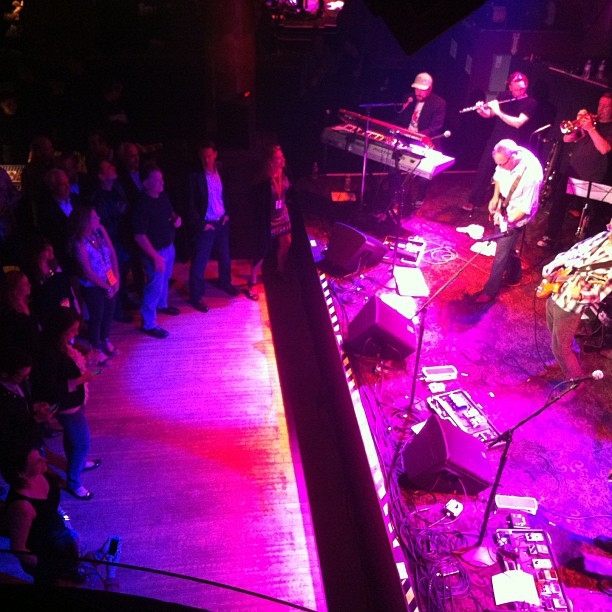 We partied and socialized with a crowd of San Francisco entrepreneurs and investors in Mozilla headquarters and Great American Music Hall where we had live music and all the band members were managing directors of some venture capital firms. My LinkedIn contacts grew to over 800 people. I got to meet some really inspiring entrepreneurs and hackerpreneurs that I’ve managed to stay in touch with since then.

Two of the most influential people that I got to meet during the WebFWD program were Pascal Finette who is currently one of my advisors and Dia Bondi to taught me the art of story telling rather than weaving together a string of facts.

Johan Janssens came to visit us 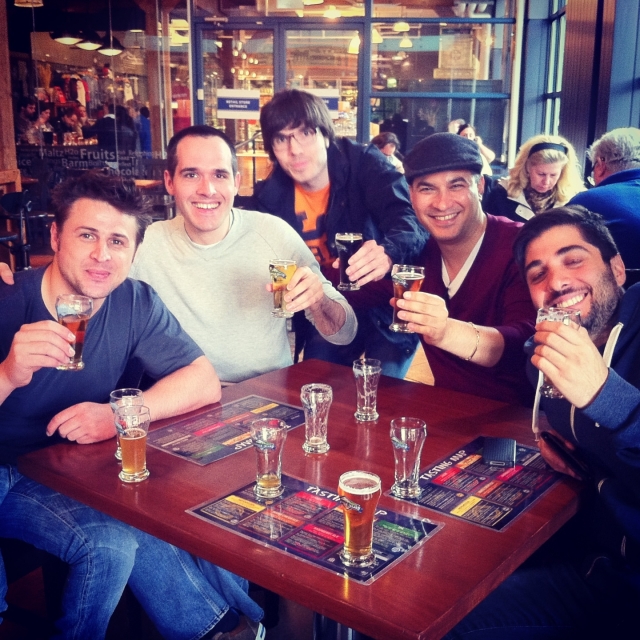 Last year I got to meet Johan Janssens in person, because he came to visit us in Vancouver and put us through his bootcamp mentorship. Johan is an open source legend and old time hackerpreneur. I also got to meet his brother Tom and Nick Balestra the co-founder of Beyounic. We had such a great time showing them all the cool spots in Vancouver. Johan, Tom, and Nick later joined us in SF for our WebFWD graduation. Johan helped me prepare for the final day pitch and he also brutally killed some of my slides to bring more focus to my presentation.

More accomplishments on our portfolio

Last year my company’s portfolio grew quite a bit. My software consulting company, rmdStudio Inc., was founded as a web design company in 2000 as I enrolled in UNBC Computer Science program. Few years later we were doing web application development, and today rmdStudio has been developing mobile apps for the past 5 years. We build Android and iOS apps used for looking up information, sharing knowledge, scientific calculations, inductions, and assessments. Another wonderful concept is that we are using Anahita to build mobile apps. Something that we never thought we end up doing using a social networking platform. 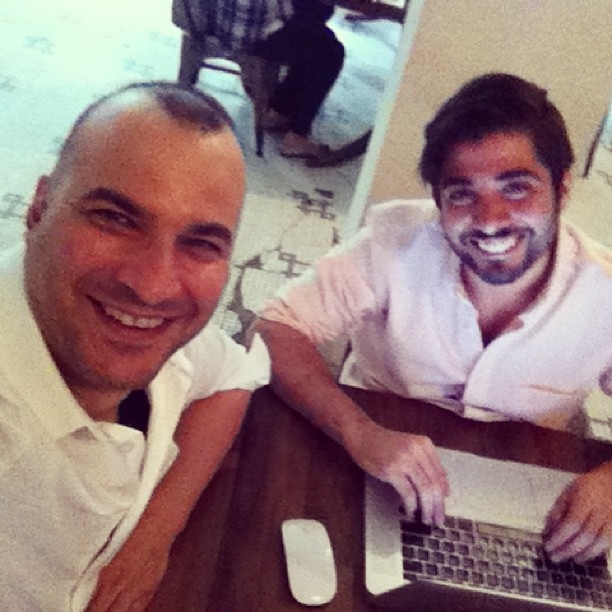 Our last picture of us working together

The lowest point of last year for me was when Ash, my business partner of 5.5 years, told me that he was departing. He told me that he was feeling really burnt out. As emotionally difficult as it was for me, I could only empathize with him and respect his choice. Ash and I had spent long working hours and celebrated many small victories together. Unlike what it seems, entrepreneurship is not a glamorous life; it is a gladiator’s life. We had gone through a lot of stressful times together. I guess he had had plenty of stress and anxiety to the point that he couldn’t take it anymore. I thanked him for his great contributions and told him that the times that we had been working together were some of the best years of my life and I had lots of good memories to cherish.

Joining the LaunchAcademy and building a new team

So we sold our humble office furniture and closed down our office. I joined the LaunchAcademy a month later. They are one of the most active tech startup communities in Vancouver. Also, they usually have a few happy dogs playing around in there which is quite awesome. The most refreshing part was finding out that a lot of people in the tech community were happy to see me after years of living in a bubble.

Few weeks after I put together a new team made of people who are very capable and dear to me with a focus on building custom cloud and mobile apps for the Enterprise and Startups.

Continuing with the Anahita project 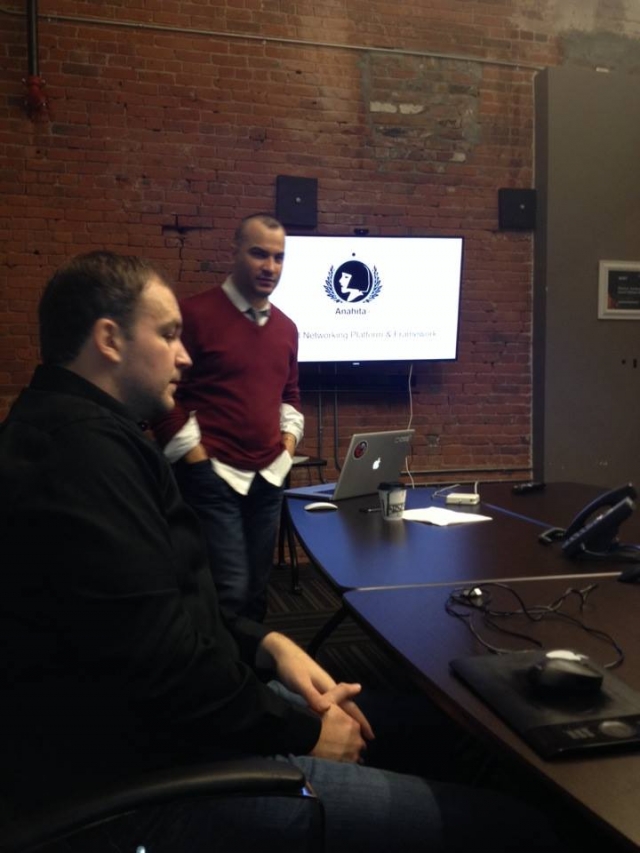 Anahita is my life project. Ash’s departure meant that I had to fully take over the responsibilities of Anahita and business operation. It also meant that it was time I further involved the Anahita tribe members in this open source project.

So I contacted the top 1% most active members in the Anahita tribes and conducted 1 hour meetings with each of them over skype and google hangouts. I listened to their stories and invited them to start contributing to Anahita.

Together we organized the first official Anahita event called the DocCamp so participants could learn about Anahita and write and share documentation about it. Some of the Anahita tribe members also started contributing bug fixes and helped with software testing. Last week, we made the Anahita 3.0 Birth release available.

While transitioning to my new life, I was left with lots of emotions to process. I wished nothing but happiness and success for Ash, but in the meantime adjusting to the change took some time. This event, after all, was the closest thing to an amicable divorce in a business relationship context.

My family was very supportive throughout this time. I also reconnected with some of my friends and met them over coffee (thank you, Travis, Degan, Barbara, and Tracey). The people in the Anahita tribes were also quite supportive and offered to help immediately. The Vancouver tech community embraced me like a darling member of their family. My advisors Johan Janssens, Pascal Finette, and Boris Mann reminded me that I wasn’t bleeding and helped me see the bigger picture.

The remaining 4 months of 2013 scrubbed and polished me quite well and thank goodness for the support I received from the family, friends, community, and advisors. I am so humbled by you, so thankful, so grateful!

Reviving my social life and hobbies

I must say that 2013 wasn’t all trauma and sweat. This was the first year that I started taking Sundays off after years of working 7 days a week. Also, the 90 minute walks to work and back home really helped me get back in shape. Most of my wardrobe now fits me nicely. I’ve been eating and sleeping better and overall I’ve been feeling much healthier than in previous years.

I also restarted practicing illustration again and I’ve been trying to keep up on most weekends. I am still working on developing confident hands and the ability to create characters out of imagination.

I’ve been attending social events more than before and checking out the local swing dance, live-music, and burlesque scenes. I had the pleasure of watching some of the most inspiring musical performances by Bria Skonberg, Evan Arntzen, and the Company B Jazz band. I had a memorable evening watching the sassy Sweet Soul Burlesque perform at their fundraising event in KeeferBar. 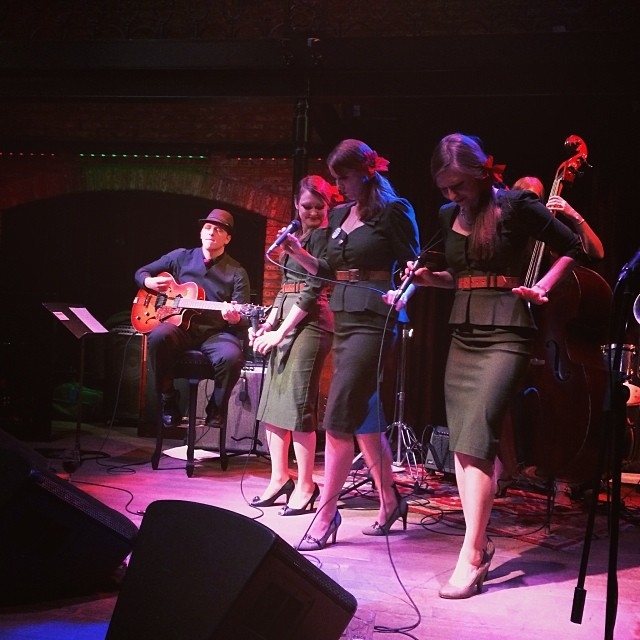 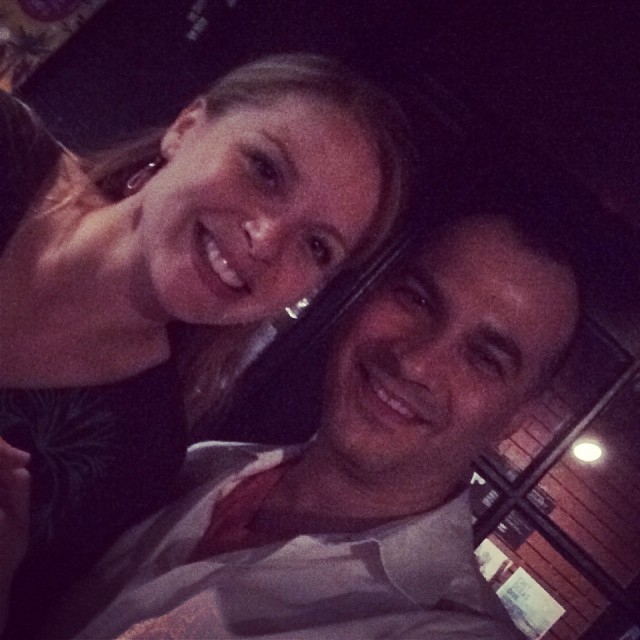 With the talented Bria Skonberg at the Cellar Jazz bar 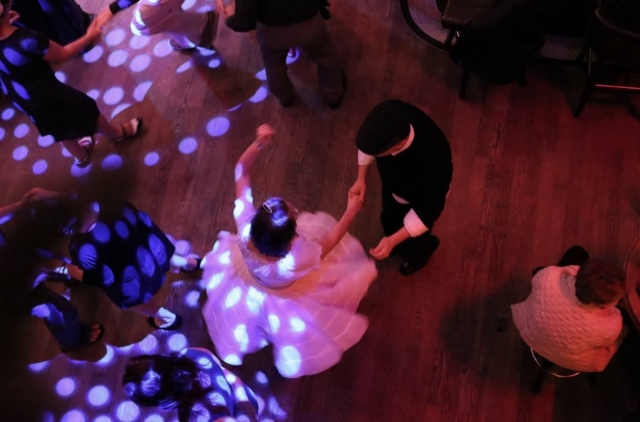 Swing Dancing at the Company B CD release party

In one of the swing dance nights in Yaletown I had the pleasure of dancing with T-Riely and now I can’t wait to see her live music performance on Feb. 14th. You should check out more of T-Riely’s music videos on YouTube. I have great admiration for people who follow their passions and spend years polishing and nurturing their talents and skills.

Now that I think about it, what an incredible year it was! I learned that entrepreneurship is really about personal growth and social impact. It is about the journey and not the destination.

Last year was a reminder that throughout the runway of life, sometimes great people join us to share the journey and then the time comes they want to leave us. At that moment the best we can do is to cherish the memories, wish them well, and let them go. Basically, all good things must end for new good things to start. Change is always difficult.

I also realized that a lot of happiness is resulted by forming and nurturing relationships with people. Especially with those who care about us and believe in us.