We have just launched the landing page for a new project of ours called TinyRecipe. It will be a mobile social networking app so people can share and find recipes that are 200 characters or less accompanied by a picture. 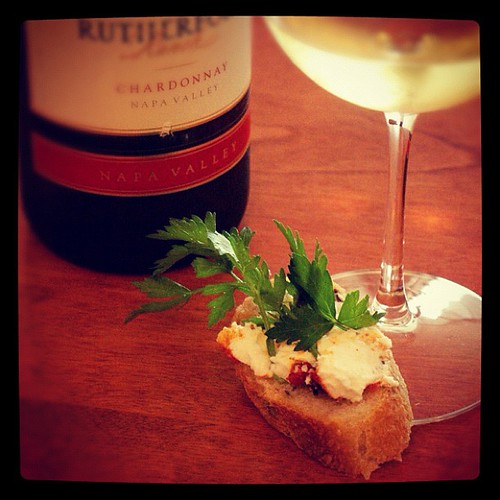 Working on many different projects in the past several years one of the skills that we had to acquire was to learn and come up with quick and short recipes that are healthy and don’t take up much time. When you devote your life into building technologies that are about real time and short bit sharing of information over the net and mobile networks, it will eventually start to affect your eating habits as well.

This idea first came to me after listening to a BBC podcast about people who were already sharing small food recipes over twitter in 140 characters. Being a flickr addict for many years I’ve been aware of the popularity of foodÂ recipesÂ and pictures in many flickr groups. Problem is that all the existing available options for sharing small simple recipes are either not specialized and specific enough, such as twitter, facebook, flickr, or they are way too elaborate and aiming towards people who would want to play chefs in their kitchens.

I figured that we need better tools and services for sharing our edible creations. It is one of the many ways that we connect with others and express who we are.

I even tried pitching the idea to a few of our clients but fortunately they weren’t interested due to the high development cost. Yes it does cost them quite a bit more to build such services.

So I shared the idea with my business partner Ash (from Peerglobe Technology) and him being a foodie person got quite excited about it. In fact we think we are quite ideal candidates to make this project happen. After all we have devoted over 3500 hours developing social networking infrastructure called the Anahitaâ„¢ Social Networking Engine and have done well over 2500 hours of iphone and ipad app development in our team The PurpleRat Tribe of Companies. With over 6000 hours combined experienced in mobile and social networking technologies and the fact that we were both born hungry, making the TineyRecipe project happen seemed like a no brainer.

Regardless of whether or not this project turns out to become the next best hit in the mobile social networking niche, we still think that it will be a quite fun venture to do. We think sharing food recipes goes back to the caveman era. It is a human way to connect and share the love. Taste buds are the path to other people’s hearts.

This project will also be contributing quite a bit of knowledge and experience to the Anahitaâ„¢ project in areas such as developing saas services, mobile accessibility, scaling up, and developing iPhone and iPad SDKs that will be released under open source licenses to the community. That means many future startups will be able to benefit from the developed knowledge to launch their own world liberation plans.

Stay updated about the TinyRecipe Project

and if you tell others about this project, we will love you for ever!