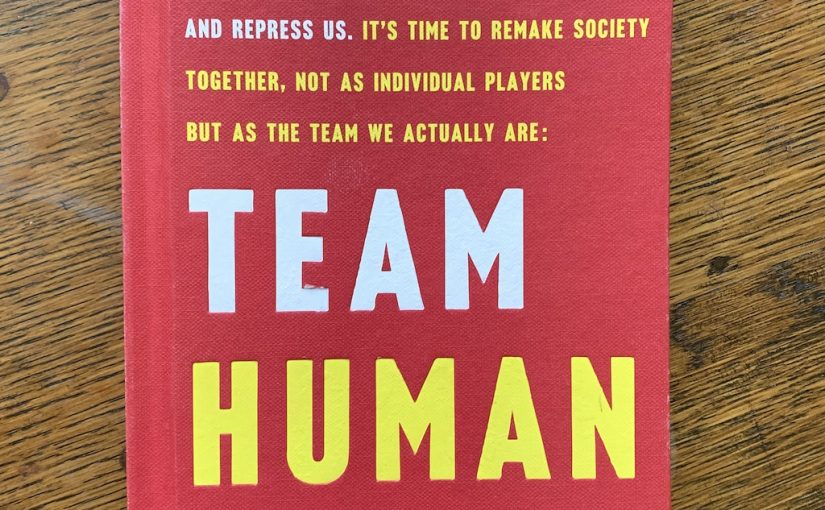 I didn’t know that Medieval clubs were a thing until I was at university. First time I saw them, I was in the men’s bathroom on UNBC campus, trying to pee, and then an army of medieval soldiers appeared behind me adjusting their gears and preparing for a battle. It was challenging to concentrate!

This book is the last publication by Hans Rosling, which was written in collaboration with his son and daughter in law and later published after his death in 2017. Rosling was a Swedish medical doctor, academic, and statistician. He was also one of the initiators of Médecins Sans Frontières or Doctors Without Borders. You may know him from his famous presentations and TED Talk where he shows animated charts over a timeline and his lectures often ended by him swallowing a sword! The authors also founded the Gapminder Foundation. One of my dreams in my company rmdStudio is to someday do a project for the Doctors Without Borders organization.

I was expecting this book to be full of tiresome facts and charts, but instead, it turned out to be one of the best checklists on fact-checking news, publications, and claims. Dr. Rosling has accompanied every chapter with fascinating stories about him travelling to different parts of the world and helping countries who were dealing with dire medical situations. In one story, he wanted to obtain blood samples from people in a village to figure out the reason behind an unknown epidemic, but instead, he was surrounded by people who thought he needed the blood to perform black magic on them. They were about to chop him up to pieces with their machetes until an old lady in the crowd trusted his word and saved his life as a result.

I think now I’m officially part of the Yuval Noah Harari’s cult after finishing his 3rd book and reading over 1300 pages of his material. His first book Sapiens was focused on the history of humanity. His second book Homo Deus was about the future of humanity. This one is about the present.

While in his first two books Harari sounds more academic, this book may come across as a self-help book helping us navigate yourself through the complexities of the 21st century. There are some reviews on The Guardian, Forbes, and The Washington Post if you like to learn more.

I think a lot of Harari’s readers discovered him because of this book, but may I recommend that you read the Sapiens and Homo Deus books first to enjoy a rich experience from 21 Lessons for the 21st Century.

The 21 lessons cover areas such as work, war, nationalism, terrorism, religion, education, and medication. As a result of automation, workers will not only end up working for less money but also become entirely redundant. Wars aren’t as profitable as before, and that’s one reason that we haven’t had any major conflicts since World War II. Nationalism cannot solve world problems such as global warming, poverty, and disease epidemics and that’s why we need entities such as World Health Organization, and United Nations so all countries can organize and share resources. How sugar is killing more people than terrorism, and how terrorists use their limited resources to stage a theater of terror and even change governments.

The last lesson of the book is on medication and taking a mindful approach to world events and ourselves. Yuval Harari spends a month of every year on meditation. As someone who’s been meditating fifteen minutes a day for the last four years, I recommend both meditation and reading this book.

My good friend Jill got this book for me, and I finished reading it during the holiday season. Henrietta Lacks was an African-American woman who died of cancer. During her treatments, doctors and researchers harvested her cancer cells without her consent. These cells were the first human cells that successfully survived and continued to multiply in a laboratory setting. The HeLa cells, named after her initials, became one of the essential human cells in medical research such as the development of polio vaccines, a variety of cancer treatments, and research on the effects of radiation on human cells. Researchers in the space program sent HeLa cells to zero gravity and eventually to the moon.

All sounds wonderful, but not exactly! While Henrietta Lacks’ cells were being cultured, distributed, and even sold in large volumes to medical research facilities around the world, her family has been kept uninformed about the fate of their deceased mother, wife, daughter, and cousin. They were under the impression that Henrietta’s body was somehow still alive and subjected to various medical experiments.

This book is a first-hand investigation about the story of Henrietta Lacks, her family, and the medical ethics of the time. The author, Rebecca Skloot, goes to great length to document her interviews and observations with the Lacks’ family and the researchers who worked on the HeLa cells.

After finishing this book, now I can’t imagine having gone through life and not knowing about Henrietta’s story.