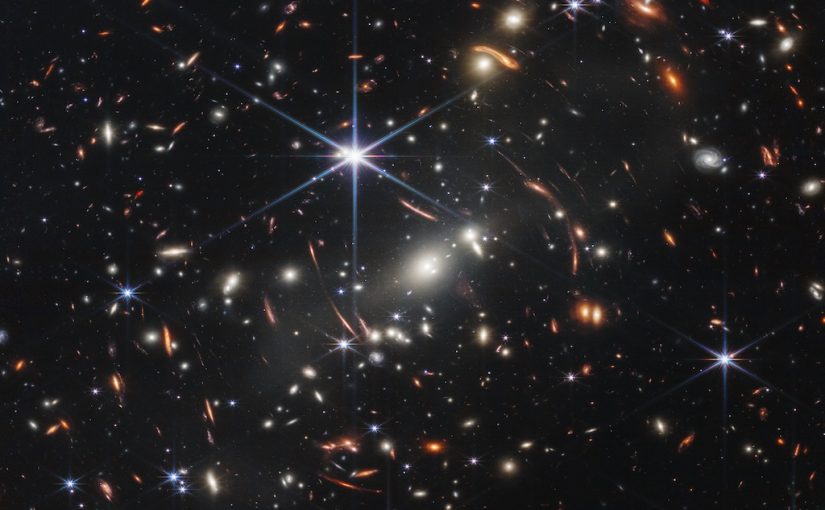 A thousand years ago, people believed that the universe was a crystal dome of heavenly objects where everything underneath was imperfect and sinful, and anything beyond was divine and perfect where God resided. We can’t blame them; their tools were crude, and the church was convincing with how they used to torture and execute whoever disagreed with them.

The recent images from James Webb’s telescope show us how our universe looked like 4.6 billion years ago.

Here is a reminder that our universe is way too old (13.8 billion years), and the Homo Sapiens (that’s us) have been around for only about 300,000 years, which is far too young. Civilization and agriculture started about 10,000 years ago, and most of the world religions were started/invented about 3000 years ago, which is the last 1% of homo sapiens history.

I don’t think this whole universe is here for us or that any deity has published us books with specific instructions on whether people are allowed to eat bacon or participate in sodomy. The scale doesn’t make sense; it sounds like an inside job! Our species’ existential paradox is that we are mainly self-centred and yet so fearful of being alone.

We aren’t even a spec of dust on the cosmic scale, and our lifespan is merely a spark of light. In the end, enjoy your life experiences while you’re still around and be kind to each other!

Colour images are from the Webb Space Telescope Image Gallery