If you are looking for the right developer to bring that brilliant business idea of yours to reality, you may find the following seven tips useful: 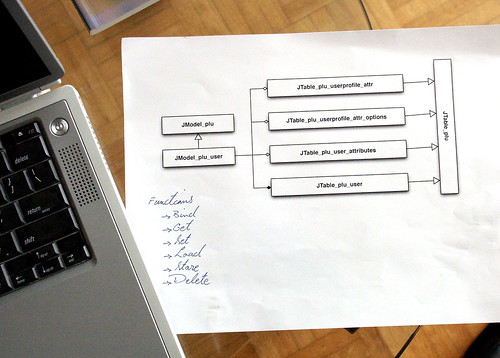 Let’s say you’ve got a price quote from a developer, and it sounds higher than what you expected, or they are not even willing to deliver the results within the time frame that you are expecting.

Please consider that novel business ideas are often done for the first time, that means there are no history or track records of such a project available to give some kind of clue to the developer about how much resources (Time + Money + Brain) are required to finish the job. In other words, they have to make lots of assumptions and there is a high level of risk involved in that.

Developer’s cannot afford to look bad as a result of a failed project, therefore they demand all the time and fees they can to minimizing risks for delivering the final product.

On the other hand, chances are that some developer has already done a project somewhat similar to yours in the past. Maybe he’s got some magic library of code sitting somewhere on his hard drive that could be used for your project. In that case he would require less time and money to make your idea happen.

Therefore always check with at least 3 different developers, ask for price quotes, and find out how they are planning to take on your project.

Hire a hacker to help you find other hackers

When I say a â€œhackerâ€ I don’t mean a cyber criminal, but a developer who can solve problems using novel short solutions, basically a smart talented developer.

Business people often have difficulty identifying good hackers, but experienced hackers can easily spot each other. Hackers learn a lot about each other by examining each other’s creations. Developer’s often have a network of other skilled developers, one of them could well be your match.

Open Source is your friend

If you have chosen to use Open Source technologies, then good for you!

Using proprietary technologies often means that you are locked with a single vendor and you often don’t know what’s under the hood of the final product. Some proprietary software companies get away with putting spaghetti code inside their software and get away with it, because they always assume if people look inside their software they have broken the law. They think you should never be able to know what you are getting inside the black box.

So when they advertise their quality of work, you just have to take their word for it!

Yet their capacity to deliver your project is only as good as those few overworked, underpaid developers who reside somewhere in a cubicle farm inside their corporate building.

The truth is that many innovations have happened in smaller companies with only a handful of people, or Open Source Community projects. Smaller organizations have far less operation costs, corporate clutter and politics which enables them do more high-end and creative projects.

Working with smaller companies, you get to meet the developers face to face and actually communicate with them. In fact most of your time and money actually goes into building your application, and not funding the operation of some elaborate corporate marketing machine.

Think of smaller companies as thin, active triathlon champions who get to beat the large obese guy on the track in both speed and performance.

It is unlikely that you get it right the first time

As ironic as it sounds, be very skeptical about developers who guarantee a delivery time and a fixed budget for your project.

In the Software Development world, it rarely happens that you get it all correct the first time. In most cases your developed application needs to be tested, debugged and refined multiple times. This is specially true when you are developing web application for an on-line community where user feedback is used as a valuable source to fine-tune the final product.

Pragmatic developers give you a stage by stage delivery plan with a range of delivery dates and cost estimates. They also conduct a risk assessment so you’d know were a project could go wrong, and how they could be dealt with.

One Solution fits Some

Some developer’s are only specialized in one particular technology, so they try to solve every software engineering problem using that one way they are good at. In other words you give them a hammer, and the whole world looks like a nail in their perspective.

Maybe their solution isn’t exactly the right one for your project!

Find a developer with multiple specialties who can offer more than one strategy to solve your problem; that way you aren’t putting all your eggs in one basket.

So you have a small budget

In fact so small that, you aren’t sure even if half of your business idea could be developed!

But wait a minute! … maybe half is all you need.

Perhaps even less than half is all you need. It’s too early to get the budget envy blues.

Sometimes you can use the lack of resources to your benefit. Try breaking down the requirements of your project and list them based on their priorities. Then pick the ones that you absolutely cannot live without.
I suggest you do this even if you do have enough time and resources. Basically you become more efficient by doing less, or not doing anything unless you absolutely have to.

Another option that you may want to consider is to make your application Open Source. Doing that you could still maintain the copyright, but once you put the GNU Public License on the application, in theory nobody else can patent it, but everybody can obtain a copy and use it for free.

Why would someone do that?

Sometimes it is not the software, but what you do with it becomes the core of your business.

If your open source application becomes popular, you will get the benefits of future versions, updates and the publicity that comes with it to boost your business, and your developer’s businesses.