The Vancouver Adobe AIR Workshop actually happened on last Wednesday, but I didn’t get the chance to write about it, because I was too busy organizing the Vancouver Joomla DocCamp event. I know this is bad journalism practice, but better late than never. Adobe AIR workshop was in fact organized by our associate Ash Sanieyan from the PeerGlobe Technology and rmd Studio and Tazzu were two of the sponsors in this event. This event was held at the Network Hub and about 20 developers had shown up. 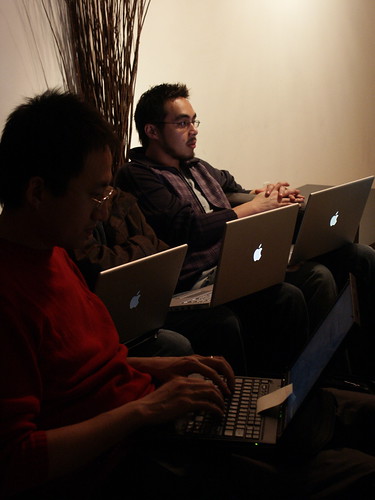 We had two speakers, Atul Nagpal from Lambda Solutions and Doug Schmidt from EffectiveUI. Atul’s presentation was focused on helping us getting started with developing an AIR app. In case you didn’t know, Adobe AIR technology enables us to develop desktop applications which are in fact powered by web applications. What’s great about this technology is that, web application developers can use their existing knowledge of html, css, javascript, ajax, actionscript, and flex to develop desktop applications. 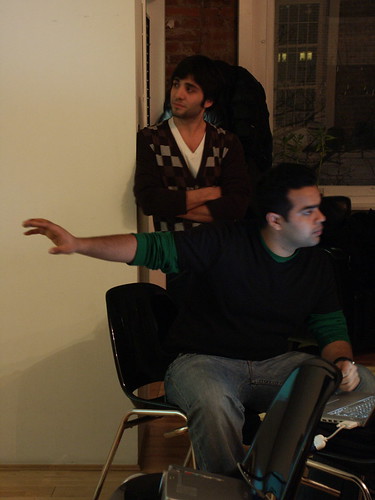 After Atul finished his presentation, Doug Schmidt took over to show us his famous AIR Dryfox App. I must say this is quite a humorous project that he has done and I think you should check it out too. 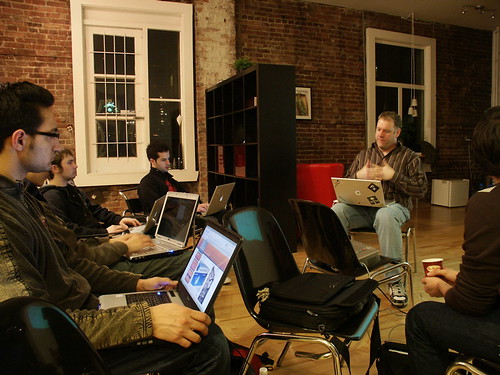 Ash himself did a quite interesting presentation about developing a flex user interface that communicates with a Ruby on Rails back-end using the REST protocol.

At the end, Doug Schmidt handed out some giveaway prizes to the people. He also covered the cost of Beer at the after party! Thank you Doug! we think you are awesome.

There are more pictures about this event on my Flickr Account, and I think you should read the more comprehensive version of this coverage on Ash’s blog.

One thought on “The flexible UI – What happenend at the Vancouver Adobe AIR workshop?”