I think it is inevitable that many companies will be investing in building their own online communities. In fact I think a company’s community becomes one of the main criteria for the business entity to be evaluated just like the cash flow, knowledge capital, and technology infrastructure.

You might ask why an organization would want to have its own online community or social network? The answer is, because an online community of end-user and partners would provide a more cost effective and efficient way for the company to develop products or services, market them to the masses, and deliver related help and support with them too.

Let’s have a look: a company decides to develop a new product or service. They start with conducting market research. They send out surveys, organize focus groups, look at what the competition is doing. Sometimes that requires traveling around and going to hotels, trade shows, or seminars to gather intelligence data and stalk the competitors.

All of that cost money; lots of money! In fact sometimes only the very large corporations can afford such an elaborate market research.

Then they start making a list of features that this service or product ought to have. Basically they have to make lot of assumptions and often add everything under the sun to that list to make sure that the product appeals to the largest possible demographic out there. Let’s say they come up with a list of 20 features.

Then they go ahead and build it. Once the new product or service is out, and tested on focus groups (more cost), then it gets marketed using traditional methods: prints, media, online advertisement, an army of sales people which go around to stalk and harass potential buyers. ( more and more and more cost )

Now here is the big surprise! they find out that not all of those features are being adopted or liked by the end-users ( let’s say 5 out of 20 ) that means all the time and cost spent on developing the unpopular features was wasted. (more cost) so they have to push even harder to sell more of that product and or stalk more customers to generate enough sales and hopefully compensate the loss and make some profit. Large companies can use their monopoly and dominance over the market and make sure that end-users have no other option but to buy their product, however not all companies can do that.

In addition to that, this feature bloated product needs to be supported. They need call centers, 1-800 numbers, and people who can provide after-sales help and support (more cost). Not many companies can afford that either!

The Community Based Way 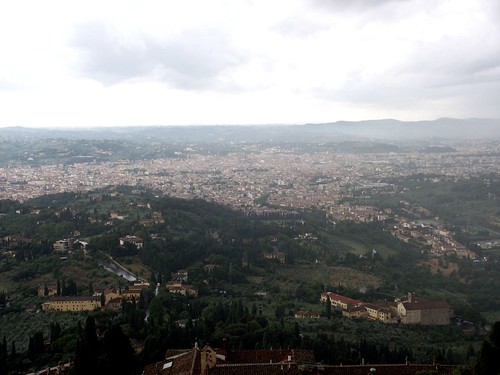 Now let’s look at a scenario that a company has an active online community with a large user base:

A Company decides to develop a new product or service. They start with building something very simple, and then take it to the community members.

End-users and partners use the new, yet primitive, service or product for a while and provide feedback. The Company uses that feedback to further develop the product or service. That way they make sure that all the developed features will actually be used and adopted by the people out there. Here they have saved a lot of time and money by avoiding development of features that may not be adopted by the customers.

People who use the constantly evolving product or service take the word out and tell their friends about it (Viral Marketing). Also, as the result of their constant interaction with the product or service and constant communication with the company of origin, an affinity and positive gut feeling is developed among the community members and the company. (Hey … that’s called branding!)

A Distributed Network of Online Communities

There are many companies and organizations out there. Assuming that even some of them start developing their own online communities, we will end up having many smaller niche social networks.

We also know that people are often active in more than one online community (the home community), therefore to facilitate peoples communication and commute from community to community these online social networks need to support technologies such as Open ID and Web services APIs. Imagine a web of connected nodes on which people could hop around using their openIDs and these websites can constantly update each other through API pings and RSS feeds.

Eventually the sum of all of these community nodes will form the global web of online communities and networks. ( Kind of like the Internet itself!) In fact I think that’s what Web3.0, if we could put a version number on it, will look like. A global network of loosly coupled niche market social networks.

Governing and moderating these online communities will require a whole new set of skills. A lot of today’s marketing or PR staff are often business, communication or political science graduates. I think in the near future there will be room for cybersociologists and psychology graduates who specialize in governing and nurturing these types of online communities.

A good opportunity for the small to medium size businesses

Operating a community based business may not sound so appealing to the old school corporations who generate profit based on their proprietary products or services, because involving the community of end-user and partners, requires giving up some level of power, control, and intellectual properties. Many corporations are quite intimidated by the idea of their end-users being able to communicate with each other freely and play a role in the future of the company’s products or services. After all it is the big guy with the money and power who is supposed to tell people how they should live their lives.

On the other hand many smaller to medium size companies have the option of refining their business models so they don’t have to rely as much on the secret sauce business models. Many open source technologies have made it possible for us to start our own blogs, discussion forums, wikis and online communities. In fact many of these GPL tools are much leaner and more advanced that many expensive and bloated technologies used by large corporations mainly because those organizations are still snubbing Open Source technologies or dealing with the IT’s resistance to anything that doesn’t have a Microsoft logo on it.

Small and Medium size companies also have much lower operation costs, so hitting the break-even and becoming profitable becomes a much easier goal for them. Therefore the more I look at this, the more I think small to medium size businesses have the opportunity to gain more power and competitive advantages over the larger corporations, by building more villages around the corporate pyramids.

Quite Utopian isn’t it? But a lot of what we have today were once Utopian to the people who lived decades ago.