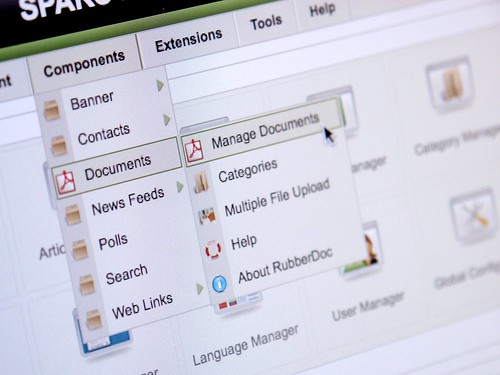 The number of downloads for RubberDoc Joomla! extension has been overwhelming. Since the release date we’ve actually had more than 14,000 downloads and not to mention a large number of support requests.

Unfortunately we haven’t been able to come up with a next release since we have been so busy delivering client projects and putting all resources on the Developing the next release of Anahita Social Web Engine project ( which is ready for client project deployment btw!)

And none of the people who were sending support questions for the free and open source RubberDoc did not want to pay for the service, which means we could only respond to those questions on our free time which we have very little of!

First: we had not idea that this somewhat basic and boring project could have become so popular. We simply released the code under GPL because that’s how we do things around here. All innovations in our team are protected by GPL and CC licenses as soon as they see the day light.

Second: we are unlikely to come up with any immediate updates unless a client actually pays for the development hours or we figure that we need some updates for our own use, in that case we have no problem releasing a copy for the rest of the world to benefit from, however if none of those scenarios come up you just have to wait for the next free development hour to show up and that is unlikely to happen because ever since we’ve started our love affair with the Anahita project all our free time was dedicated to her.

To throw in some added value, if you hire us for some improvements to be implemented in the RubberDoc, we will include your name as a project sponsor on the “About” page of the extension in the administration back-end so with the thousands of downloads your website address and name will be distributed too. Again we always do that, whenever a copy of client project is made available under the GPL license.

So since I’ve taken the time to write this blog post, I would like to take the chance and answer some of the most frequently asked questions:

Answer: unzip the package that you have downloaded and there are additional zip files inside. Those are the ones that you would want to be installing.

Answer: This is due to recent upgrade of Adobe Flash Player and it broke many uploaders around the web that used the FancyUpload from Mootools project. RubberDoc uses Joomla API. Mootools has fixed this issue in the release 1.2 however Joomla 1.5 core team have been quite slow in upgrading Joomla!’s javascript library, therefore the bug remains until Jommla upgrades their mootools.

Concern: there is a upload file limit of 2MB or less

Answer: check your server’s php.ini file and there you can increase the upload size limit upload_max_filesize. Ask your hosting company on how to make changes to your php.ini file

Concern: when I set the SEF urls to append .html rubberDoc breaks

Answer: yes we need to improve the SEF urls for RubberDoc and so for now you have to switch off the .html

Concern: RubberDoc files do not download well on IE6

Answer: yes we spent some time to optimize for IE6 but gave up due to our busy schedule. The reality is that we get only 4% IE6 users ourselves, and our clients have been more than happy to install IE6 warnings on their websites to encourage people to upgrade their browsers. We and many others hope that the curse of IE6 which has been placed on many computers will be removed someday.

11 thoughts on “What is the status of RubberDoc project?”