This is perhaps the most well known job title in the field of Computer Science. Most people know in order to get a computer working, it has to be programmed. A Computer Program is a collection of instructions, logical and mathematical equations that describe a task to be carried out by a computer; in other words telling a computer what to do and how to do it. 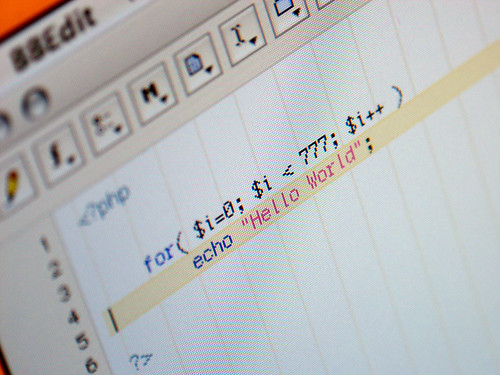 So by definition, people who design, write, test, and maintain computer programs are the programmers. A Web Programmer writes programs that get executed on the internet, or to be more precise on the Servers.

A programmer often starts by planning on a piece of paper, or napkin, or in her mind, and then she types them into a computer as a series of statements called the Source Code. Source code makes up the body of a program. A Computer Software is a collection of many related programs in one package.

There is a flaw in my analogy, because in smaller teams or projects Software Architects may not only do Design and Analysis, but Programming too.

I have occasionally met Software Engineers who market themselves as Programmers mainly because many potential employers still do not know the difference between the two!

2 thoughts on “What Do Computer Programmers Do?”