It is 4:00 PM and we have squashed one bug so far. A bit time consuming, but it was a high priority bug. Yes the darn thing was so big that we almost tripped over squashing it! There are still 28 people on the IRC. The event has been a success and so much fun so far. 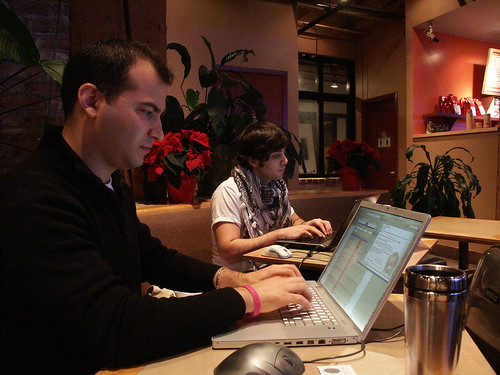 In the far end you see Ash from (www.PeerGlobe.com) combing through the code. Ash is originally a Ruby on Rails developer, but recently has been interested in Joomla! CMS framework. Ash is a brilliant developer and so passionate about software architecture. He is also the man behind the ClassTalk Facebook Application. In fact that is were we met for the first time. Ash did this wonderful presentation at the Facebook Applications Developer’s Garage. 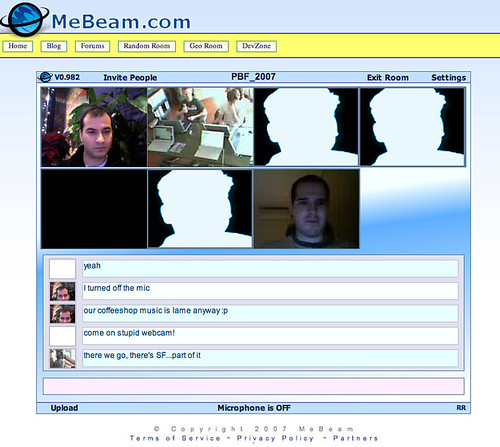 You can see me on the live stream here

That’s me on the top-left corner. On the bottom right you see Johan Janssens; he is the Joomla! CMS lead developer. The other folks in the picture are the team in the San Francisco California working with us. 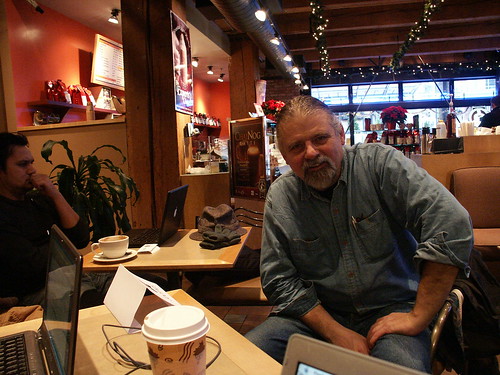 People were so nice. They would drop by to say hello, the whole idea that Joomla! community members in 5 locations around the globe were collaborating to debug a top-notch content management system such as was so inspiring to them. We’ve had two Microsoft employees talking to us, and a freshman Computer Science student too. 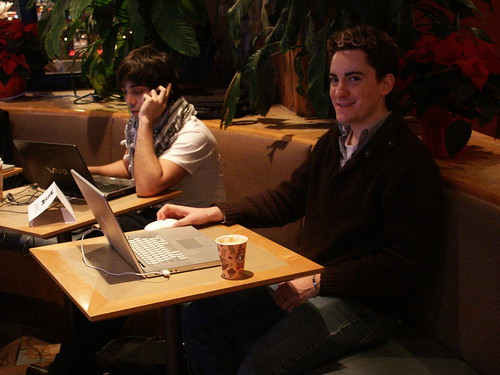 Gwyn has been working with us for the last few hours. He had heard about the Vancouver Joomla! PBF event and decided to join us. Gwyn is an Economics student at SFU. His website is: www.GoodBoog.com

I am already getting a sugar high! Perhaps next time we will be going to a different venue just for a change. This one was really a warm up and the results in all 5 groups were quite impressive.