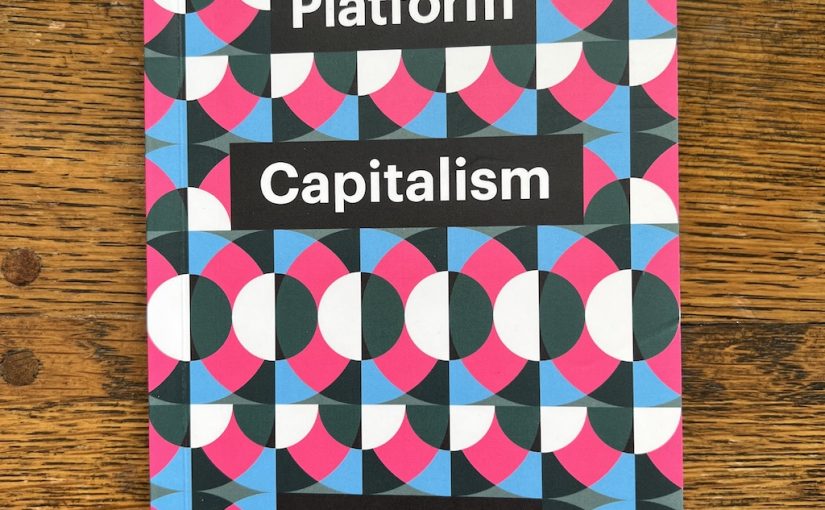 Platform Capitalism by Nick Srnicek is a historical summary of the mainstream internet platforms we use daily on our devices. It also does a decent job of describing different types of internet platforms and their business models.

This book is a quick read; it took me only a few days to finish. Despite the word “Capitalism” in the title, in my opinion, the author keeps a somewhat politically neutral position on the topic and focuses primarily on the platforms’ taxonomy and evolution rather than how they impact the communities and their culture.

Suppose you are an internet consultant or developer who develops and maintains any multi-user infrastructure on the Internet. In that case, the Platform Capitalism helps you better connect the dots between what you already know and what happens behind the closed doors of your organization and leadership team. 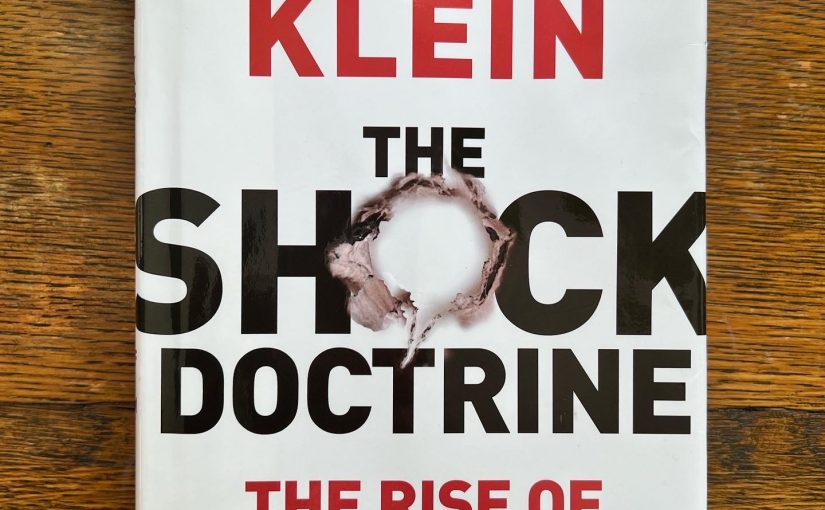 I’m a big Naomi Kelin fan, and it took me a while to finish this book. The Shock Doctrine is a good summary of the history of Free Market Capitalism favoured by center-right and conservative political parties.

This book explains how a Noble Prize-winning American economist named Milton Freedman became an advocate of a free-market economic system and minimal government interventions. Freedman became an advisor to politicians such as Ronald Reagan and Margaret Thatcher. Their policies often boiled down to tax cuts, defunding of social programs, privatization, and deregulations.

The impact of these policies was relatively minimal in more democratic countries yet devastating in South America and the Middle East. Free market policies are often introduced after an intentionally induced shock, such as a war or natural disaster.

The Shock Doctrine is ample with historical details from countries that adopted the free-market economic principles and those who chose to move away from it.

I’m not thrilled about Elon owning Twitter. I used to like him, but not anymore. I get it, he is good at solving technology problems, but solving human problems isn’t his strength and his ego is in his way of growing in that domain. I fear that with all the power and irresponsibility he is going to do a lot of harm to societies around the world. We’ll wait and see!

These numbers show that Canadians aren’t divided on this issue, and they are overwhelmingly pro-science and pro-vaccination.

This is an accomplishment of public education which means we should do even more to support our teachers and public schools to have healthier democracies and governments that always legislate science and evidence-based policies. 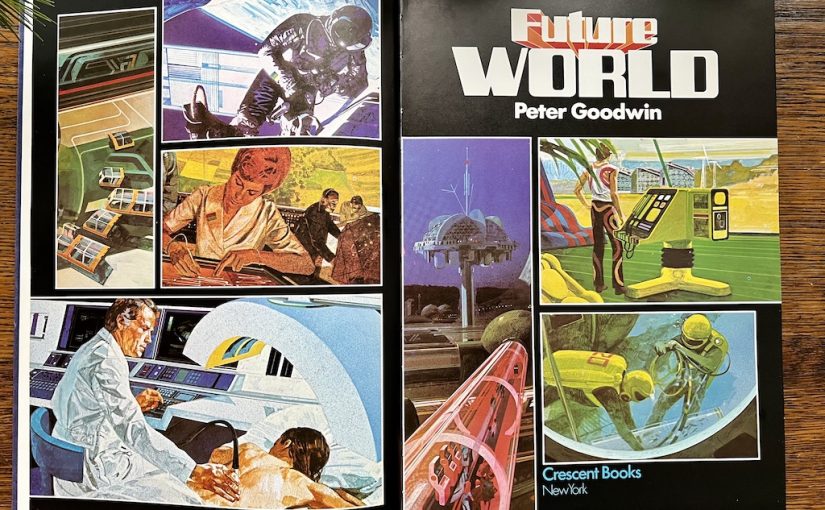 I have a habit of rescuing orphaned books. I often find books left behind in the corridors or on the street, and I adopt them. I found the book Future World by Peter Goodwin inside a box outside a campus library. I love vintage science books that depicted life in the “future” where space travel, robots, and computers were the norm. This book is from 1979, and it is one of my favourite items on my bookshelves, mainly because it contains beautiful futuristic illustrations with bold and sometimes naive predictions.